These are the projects chosen for 2015-2016 (all images are for illustrative purpose only): 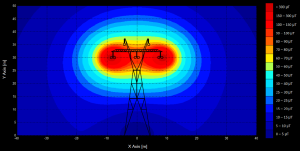 Commercial use of UAVs is limited due to short distances that an apparatus can travel, and due to limited weight an apparatus can carry, having a limited amount of fuel or electrical power stored in an accumulator on board. Especially severe is the situation with Electrical Power Companies, trying to use the UAVs for the control of power lines: the goal is to fly at least 500 km in one direction and another 500 km back. To overcome this problem, it is needed to transfer the energy to an apparatus from an external source during the flight or temporary landing. One of possible solutions could be the one, suggested by the presented proposal, namely, the induction in-flight charging system for an UAV from electro-magnetic fields of high- frequency air power lines. Power lines can be found in a great number in inhabited areas, so they could serve as a source of power for UAVs. In a case of Electrical Power Companies, it seems logical to use power, which is anyway lost in form of electric and magnetic field, so an UAV can have only a small accumulator and there is no need to build any additional infrastructure like charging stations. Once the project is supported, authors plan to create a table-size charging system to prove the concept of proposed technology experimentally, and to use this system to formulate technical requirements for its future components. Using such induction in-flight charging systems it seems possible to widen the range of applications UAVs could be used for.

Fiducials (specially designed markers/tags) is the way to localize itself with respect to the environment and other objects and agents in the environment for an autonomous vehicle. The performance of the fiducial detection will improve leading to more robust and precise localization and/or reducing the minimal number of fiducials that need to be placed to enable navigation in the environment. Much of the advantage will be gained due to customization. In contrast to existing fiducials that are universal, the fiducials produced in our approach will be optimized by the learning process for a particular type of environments, particular type of transformations, particular number of identifiable fiducials, etc. 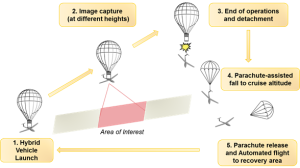 oned system consists of a commercial off the shelf unmanned aerial vehicle, attached to a stratospheric balloon and operated at altitudes between 5km and 30km above ground level to take calibration and validation measurements to be used with satellite data. The beachhead application of the service developed in this proposal is active fire detection, an application of high commercial interest in the downstream space industry as reported in this proposal. The proposal puts together an international research team including renowned scientists in the fields of space systems architecture, remote sensing, concurrent engineering, and satellite downstream applications   development.
Collaborators: Prof. Adriano Camps -­ Universitat Politecnica de Catalunya (Spain); Mr. Giancarlo Rivolta – Progressive Systems srl (Italy);  Mr. Jordi Salvador – CATUAV (Spain);  Mr. Denis Efremov – Near Space (Russia) 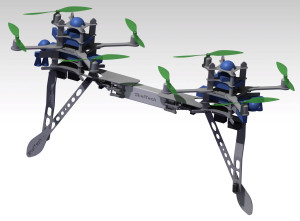 SwarmAir project focuses on the development of parcel delivery system right into human hands with a swarm of unmanned aerial vehicles (UAVs). The project will bring several novel technologies, i.e., delivering the parcel with a swarm of drones, handling the box with robotic arm, user detection through GPS coordinates and face recognition. Different kinds of multicopters could be used as the UAVs for delivery purposes (quadcopters, hexacopters, octocopters or a combination of them). Different drones in swarm execute different roles. Data is communicated among drones and combined to enable real time control. The scenario of application the SwarmAir system is as follows. First, user with mobile phone app send the request to get the parcel while he is out of the building. Drone equipped with robotic arm takes the requested box from the shelf. After parcel fixation drones fly to the target person. The recognition of the person requires his GPS coordinates (translated from mobile application) and facial detection. If person is approved drones fly up to the person and bring parcel directly to hands of receiver. The system will consist of software (for real time control) and hardware parts (multicopters, manipulators). SwarmAir project is focused on research in the field of UAVs swarm communication and control as well as combination of UAVs and different robotics systems (manipulators, etc.).